×
Go to content
Iran has been one of the staunches opponents of the United States in the Middle East since the Islamic Revolution of 1979.
This event marked a landmark shift for the country. At the domestic level, Iran turned into a polity ruled by a Supreme Leader and based upon the strict principles of Shia Islam. Its authoritarian nature and its poor human rights record have raised much criticism from the international community. On the international plan, the Revolution radically transformed the geopolitical landscape of the Middle East for various factors. First, its large population, that today amounts to more than 80 million citizens. Second, its considerable oil reserves, which are also the base of its economy. Third, its geographic position: Iran is located at the intersection between the Middle East, the Caucasus, Central Asia and South Asia. Moreover, it can easily disrupt the maritime traffic through the Strait of Hormuz; an important factor considering that around 20% of the global oil shipping transit through its waters, meaning that any interruption would seriously affect the price of oil and therefore the world’s economy. Iran has acquired the military means to block the Strait, mainly to deter a US intervention. Even though America has the power to ultimately prevail, any operation against Iran would be a complex and risky endeavour; especially in case of an occupation of the country.
Iran’s quest for nuclear weapons has further strained its relations with the US and its partners, although the issue is largely the by-product of mutual hostility. In the wake of the 9/11 attacks, US President George W. Bush included Iran in the 'Axis of Evil' of states supporting terrorism. Fearing to be invaded like Afghanistan and later Iraq, the Islamic Republic initiated a secret nuclear programme that was uncovered in 2003. Iran has always denied the military dimension of its activities, but their technical nature and the parallel test of ballistic missiles suggest that its ultimate objective is to acquire the means to deliver a nuclear warhead. America put sanctions on Iranian oil, thus severely damaging its economy. After long negotiations, the Obama administration and representatives of other five powers concluded a deal with Tehran in 2015. The agreement, officially called Joint Comprehensive Plan of Action (JCPOA), removed the economic sanctions in exchange of the stop of Iranian suspicious activities for a period of 10-15 years (depending on the specific activity). However, the new US President Donald Trump scrapped the pact in 2018 and reintroduced sanctions on Iran. Amid renewed economic difficulties, Teheran responded by restarting its military-related nuclear activities. As of today, the issue remains unresolved.
But the nuclear question is not the only contention where Iran is involved. In Syria, it is one of the main supporters of the al-Assad regime. In Iraq, it backs Shia political groups and armed factions. It also sustains Hezbollah in Lebanon and Hamas in the Gaza Strip, both in an anti-Israel logic. As a matter of fact, Iran is deeply hostile to the pro-American Jewish State, who in turn regards the Islamic Republic (especially its nuclear activities and ballistic missiles) as a major threat. Similarly, Iran is engaged in a geopolitical rivalry with Saudi Arabia, another key US ally in the region. The matter has a religious dimension, since Iran is the champion of Shia Islam whereas the Saudi Kingdom regards itself as the centre of Sunnism; but the issue is first and foremost a struggle for primacy in the Middle East. The two powers battle each other in a proxy war in Yemen. Here, Teheran is believed to support the Houthi rebels, but the actual influence it exerts on the group is a matter of dispute.
More recently, a series of incidents have raised tension between Iran and other regional powers: the bombing of several oil tankers in the Persian Gulf, the shooting down of an American drone by Iran and the subsequent US cyber attack on Teheran’s weapons systems, the seizure of an Iranian tanker in Gibraltar by the UK and of a British-flagged one by Iran, the launch on Saudi Arabia of ballistic missiles from Yemen and an explosive drone attack on Iranian oil facilities.
Yet, Iran is not completely isolated. It maintains good relations with Russia and China (who is also interested in Iranian oil), and its relations with Turkey have also recently improved. India, is also keeping its ties with the Islamic Republic, both to access its oil and to catch Pakistan between two fires. The energy-hungry European states are also willing to negotiate with Iran to find a solution to the nuclear issue.
Still, tension remains high in the Persian Gulf, and Iran finds itself in a difficult position. The government in Teheran is also worried about internal turmoil after the violent protests in late 2017 – early 2018. What is important is that a war involving Iran or its destabilization could have serious effects for the region and the rest of the world.
UN Arms Embargo on Iran Lifted 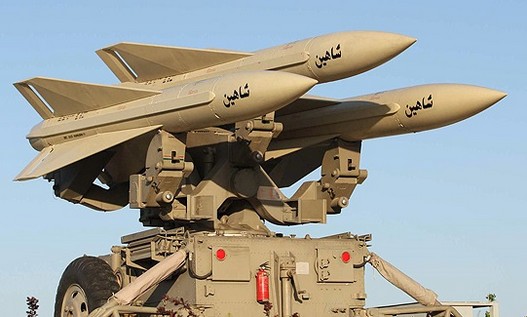 Even though it went largely unnoticed, the UN arms embargo on Iran introduced in 2015 has recently expired, meaning that the Islamic Republic is now entitled to buy and sell military hardware and technologies.
While there is concern that this will enable Iran to modernize its armed forces or that it will export its weaponry to anti-US actors in exchange of much-needed cash, a combination of political and economic factors makes it difficult for Iran to access the global defense market either as a customer or as a supplier.
Nevertheless, some powers may engage in arms trade with Iran, and this would affect the diplomatic relations in the Middle East in the years to come.
If you are interested, learn more in my article on Geopolitical Monitor (subscription required).
Photo credit: Shahin (missile).jpg, Vahid Reza Alaei, published under Creative Commons Attribution 4.0 International.
Iran’s Military Strategy in the Persian Gulf 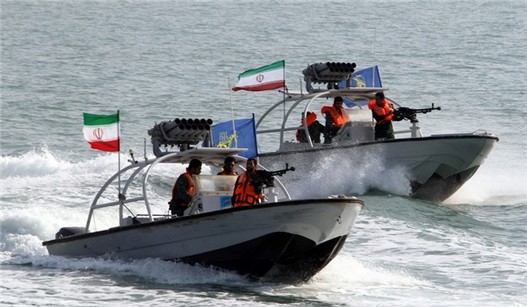 Tension has been surging in the Persian Gulf in the wake of a series of attacks against oil tankers, with the United States blaming Iran of being responsible for the bombings.
This has raised fears about an upcoming war in the area. This would be an unpredictable scenario, that may involve other countries in the region and that would have sensible consequences on the global economy.
In this contribution to Geopolitical Monitor, I examine the military dimension of Iran's security strategy, which focuses on deterring and if necessary countering a US intervention by denying it the access to the Gulf.
Read the article here (subscription required).
Photo taken from: The Islamic Revolution Guards Corps (IRGC) seized a ship near Iran’s Bu Musa Island in the Persian Gulf, which was smuggling out a cargo of 1.312 million liters of subsidized fuel..jpg, Fars News, published under Creative Commons Attribution 4.0 International.
Iran Sanctions: Energy Market Winners and Losers 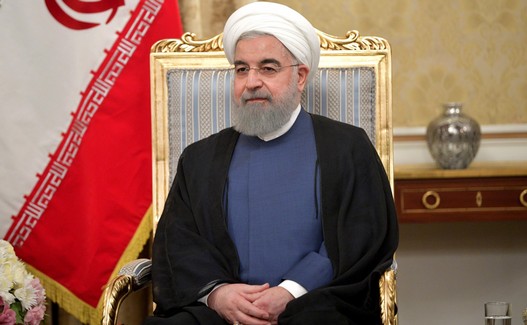 It is well-known that President Trump has harshly criticized the the Iran nuclear deal (officially the Joint Comprehensive Plan of Action, JCPOA) since the electoral campaign. Now that he is in charge, he has decided to withdraw the US from the agreement and has announced the reintroduction of sanctions on Iran.
Unsurprisingly they will target oil exports, the country's main source of income. This will naturally have effects on Iran, but also on countries that currantly purchase oil from it; notably China, India, South Korea, Turkey and several EU states.
In the article, I examine how the upcoming restrictions will affect them, but also how some states (notably Russia and Saudi Arabia) may benefit from the new sanctions.
Full article here on Geopolitical Monitor (subscription required).
Photo credit: Hassan Rouhani (2017-11-01).jpg, Пресс-служба Президента Российской Федерации (Press Service of the President of the Russian Federation, kremlin.ru), published under Creative Commons Attribution 4.0 International (CC BY 4.0).
Words Matter: Rhetoric and the Iran Nuclear Deal 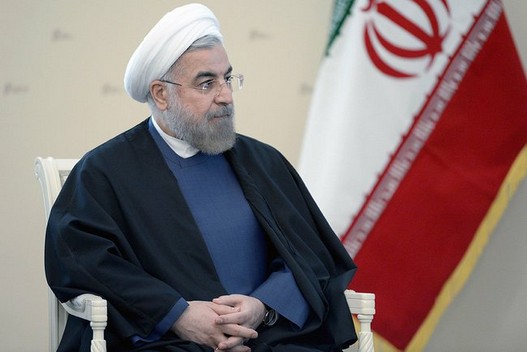 US President Donald Trump has always employed an aggressive rhetoric towards Iran, depicting it as a major threat to America and its allies.
But this kind of aggressive discourse (similar to that adopted by Bush in the early 2000s) is likely to make Teheran feel menaced; thus pushing it to resume its nuclear weapons programme and endangering the long-term tenure of the deal concluded in 2015 (the Joint Comprehensive Plan of Action, or JCPOA).
Read the full article on Geopolitical Monitor.
Photo credit: Rouhani in Astrakhan, 29 September 2014.jpeg, Пресс-служба Президента Российской Федерации (Press Service of the President of the Russian Federation, kremlin.ru), published under Creative Commons Attribution 4.0 International (CC BY 4.0).
Back to content