×
Go to content
The United States are the world's leading power in economic, political and military terms.
After an economic slowdown following the 2008 financial crisis, the US managed to recover; and today it experiences a solid economic growth. Its GDP remains the largest in the world. America is also a major hub of scientific research and technological innovation; and (contrarily to most advanced economies) it has a favorable demographic outlook. Moreover, it has become an exporter of hydrocarbons thanks to the exploitation of shale gas and oil, thus dramatically reducing its dependence on energy imports and bringing significant benefits to its own economy; even though this has also raised environmental concerns.
The US military is a large, powerful and well-trained armed force equipped with high-tech weapon systems that can be deployed virtually anywhere in the world. The US also enjoys an advantageous geographic position: because it is naturally protected by two oceans (which also mean it can easily project its power overseas) and has no hostile powers along its borders. At the same time, America has military bases all over the world and possesses an unmatched power projection capability; especially thanks to its naval supremacy. Because of this, the US is the main security provider that ensures the free access to the global commons. Finally, the US holds a vast and advanced nuclear arsenal for strategic deterrence.
As a result, America is the most influential power on Earth, and is the cornerstone of the current international order. Today's international law and institutions (notably the United Nations) were inspired and sustained by the US. Washington also has key  allies in every region, who benefit from its protection and enable its forces to operate across the whole planet.
However, America's supremacy is being challenged. In particular, the rise of China is making it more difficult for the US to freely exert its power and influence. Russia is alos a near-peer competitor that counter's its geopolitical primacy. Iran and North Korea also create stategic problems, albeit to a more limited scale. Moreover, being the world's first power, America must face challenges in every region of the globe; and properly balancing the different (and often conflicting) interests and values is a difficult endeavor. More than any other state, the US face the risk of imperial overstretching: gradually losing its economic vitality and consequently its power due to a rise in military expenditures and the need to ensure an armed presence in too many places, which also implies the danger of being involved in costly conflicts overseas.
Finally, the US has also its own share of domestic problems to face. The social tensions on issues such as the condition of black people, the sanitary and education systems, income inequality and others will affect America's role in the world; and climate change will also have a major impact on its economy and on its committment abroad by creating new security challenges.
Joe Biden on China 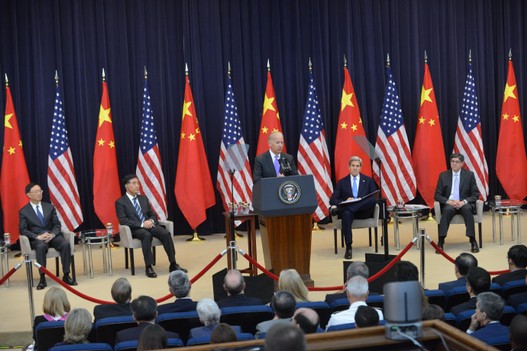 US-China relations have been deteriorating since Obama’s second term and have kept this downward tendency under Trump.
With China regarded as a ‘near-peer competitor’ expanding its influence across the globe, responding to its rise will be a priority for the future administration. However, in spite of differences in style compared to Trump, a Biden victory is unlikely to alter the fundamental objectives underpinning Washington’s stance on Beijing.
Read more in my article on Geopolitical Monitor (subscription required).
Photo credit: Vice President Biden Delivers Remarks at the Joint Opening Session.jpg, U.S. Department of State, published under public domain.
Russia Relations under a Biden Presidency 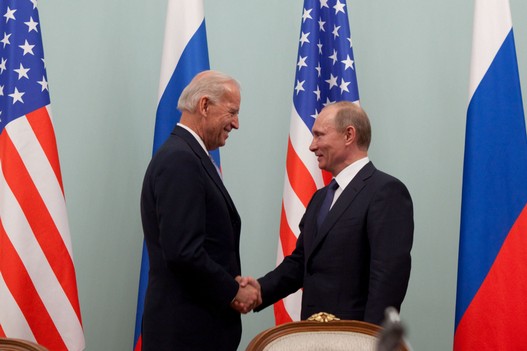 Relations with Russia have been one of the most heated issues in the US over the past few years, with the country widely regarded as a 'near-peer competitor' threatening America and its allies.
In this article published on Geopolitical Monitor (subscription required) I take a look at Biden's stance on Russia (especially his role in NATO's enlargement, a key problem in Moscow's view) and I outline how his Russia policy will look like if he gets elected.
Photo credit: Vice President Joe Biden greets Russian Prime Minister Vladimir Putin.jpg, official White House photo by David Lienemann, published under public domain.
NATO Relations under a Biden Presidency 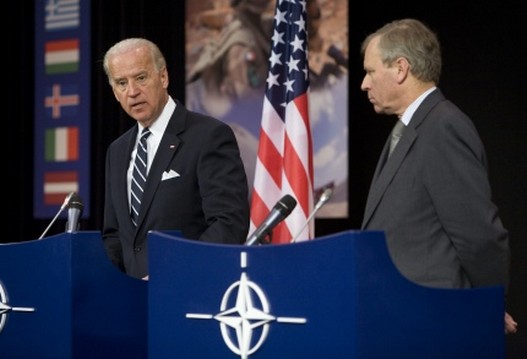 Over the past four years, America's relations with NATO allies have deteriorated as Trump vehemently called for an end to the 'free riding' practice.
With the US presidential elections approaching, many wonder whether Joe Biden (provided that he prevails) will normalize ties with other NATO members.
While this is possible, it should not be forgotten that the Alliance is also facing internal disagreements and even open rivalry among some of its members, and this is a complicated problem that Biden will have to deal with if he wants to preserve its cohesion.
Read more in my laterst article on Geopolitical Monitor (subscription required).
Photo credit: Joe Biden & Jaap de Hoop Scheffer at NATO press conference 3-10-09.jpg, official White House photo by David Lienemann, licensed under public domain.
Prospects for the Trans-Pacific Partnership Trade Deal under a Biden Presidency 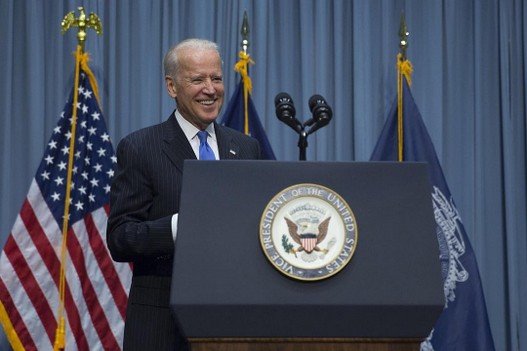 The US Presidential elections are scheduled in less than one month, and with Joe Biden seemingly ahead in polls there is much speculation about changes in America's foreign policy if he were to win.
In the realm of international trade, many ask whether this may bring the US back to multilateral agreements like the Trans-Pacific Partnership (TPP), which was transformed in the CPTPP following America's withdrawal shortly after Trump entered the White House.
In my latest article on Geopolitical Monitor, I take a look at the prospects for a TPP revival in case Biden wins in November. Link here (subscription required).
Photo credit: Joe Biden in Charleston, South Carolina in December 2015.jpg, official White House photo by David Lienemann, licensed under public domain.
US Policy and Astropolitics: The Dawn of Space Colonization? 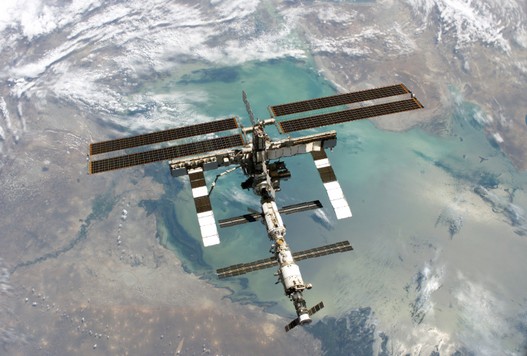 Considering historical precedents, America's plans to mine resources in space and to send manned missions to the Moon and Mars could mark the dawn of space colonization.
In this article published on Geopolitical Monitor (subscription required) I examine the juridical and military aspects of America's space policy to cast light on the possible drivers of human presence in space.
An insight read on 'astropolitcs' ahead of the Demo-2 mission by Elon Musk's SpaceX scheduled on on 27 May, the first to launch US astronauts from Kennedy Space Center in nearly a decade.
Photo credit: ISS Aug2005.jpg, NASA, licensed under public domain.
Can the US Break China’s Rare Earth Monopoly? 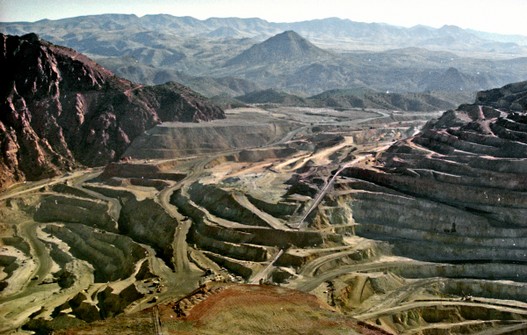 Rare earths have emerged as a new variable in the US-China trade war.
Is China’s near-monopoly on these strategic resources its ultimate trump card, or will US producers be able to diversify supply amid the new normal of bilateral tension?
Here's my contribution to Geopolitical Monitor on this topic (subscription required).
Photo credit: Strip mining near Globe, Arizona, 1990, Phillip Capper, published under Creative Commons Attribution 2.0 Generic (CC BY 2.0).
America's Geopolitical School 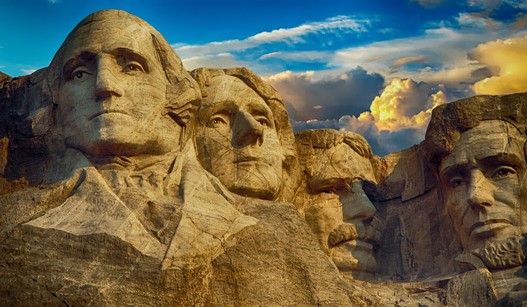 The United States is the leading power in today’s world, and arguably the only existing superpower. Currently no other country can match its economic, technological, political and military superiority; and even though challengers like China are gaining terrain, America still maintains its primacy.
But what are the principles at the basis of its grand strategy?
Watch my latest contribution to KJ Reports to learn more about this topic.
Are we Heading Towards a Post-American Order? 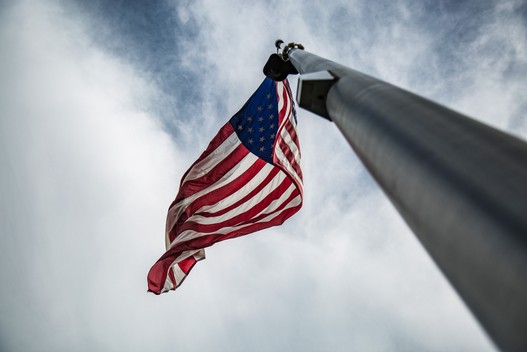 For decades, the United States has been the centre of the global order.
But today, the rise of new powers is challenging America’s supremacy, and most notably incumbent US President Trump is gradually changing many traditional elements of American policy that were necessary for the existing international system.
So, are we heading towards a post-American world?
This is the topic explored in this video by KJ Reports based on my analysis.
Whither the US-Centered, Rule-Based World Order? 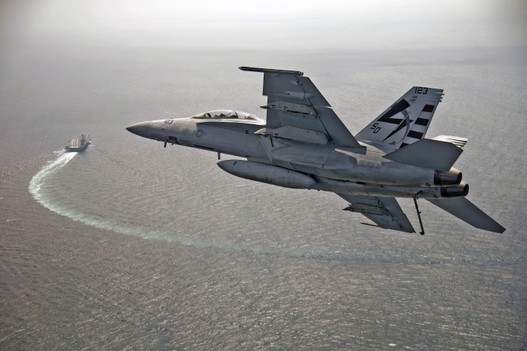