×
Go to content
After the fall of the Soviet Union in 1989-1991, Russia seemed destined to an inevitable decline.
Russia is riddled with structural challenges. Its access to the open sea is limited, which reduces its economic growth and power-projection capabilities. Its territory is immense, but its economic and demographic core resides in its European part, while the eastern regions remain largely underdeveloped. Infrastructures are old and often insufficient. Its population is quite large (144 million people) but it is gradually ageing. Russia is extremely rich in hydrocarbons, but its economy is overly reliant on energy export revenues, and efforts to diversify the economy have produced limited results. Western-imposed sanctions since it annexed Crimea in 2014 have made things even more difficult. As a result, Russia's economic outlook is rather gloomy, and its GDP is small compared with other great powers. This translates in limited resources to modernize its military and pursue its interests abroad.
Still, Russia remains a Permanent Member of the UN Security Council, thus enjoying veto powers. As a primary actor on the global energy market, Russia leveraged on its resources as a geoeconomic tool to exert its power; especially on Europe, which relies heavily on Russian hydrocarbons. Its influence is still strong in countries of the former Soviet block. Most importantly, it possesses a large nuclear arsenal, which is essential to preserve Russia's status as a great power.
Nevertheless, the current situation remains problematic for Russia. It was already rather isolated as a result of the occupation of Crimea and its intervention in Syria's civil war in support of Bashar al-Assad. Since then, relations with the West have continued deteriorating, and Russia has been accused of fostering instability, pursuing an expansionist policy, preparing military offensives, spreading fake news, and meddling in the US Presidential elections. The 2022 invasion of Ukraine only exacerbated Russia's isolation and economic problems. The war sparked quasi-universal condemnation, and the new wave of economic sanctions imposed by the US and its allies have negatively affected Russia, notably the hydrocarbons upon which the country's economy largely depends. While these measures will hardly be a fatal blow for Russia, they surely harmed its ability to pursue its foreign policy goals. Most importantly, the poor performance of its armed forces has exposed their structural weaknesses and severely harmed Russia's image as a great military power. Evidently, the modernization efforts of the past decades were not sufficient or effective, and its military is riddled by poor maintenance and training, logistical difficulties, organizational deficits, and corruption.
Since 2014, Russia has been trying to build a multipolar order to counter America's global power, which includes supporting rival institutions like the New Development Bank in the context of the BRICS grouping or the Collective Security Treaty Organization (CSTO). In particular, Russia has strengthened its ties with China; even though there are several issues that may undermine their long-term partnership, most notably the desire of both to be the leading power.
Moreover, there are several factors that might potentially boost Russia's power in the future. Much of Siberia's natural resources are still underexploited. Global warming, while being generally harmful for the planet, might have some beneficial effect on Russia. First, it could increase its already considerable agricultural output. Second, it could make it easier to access the Arctic and develop the Northern Sea Route (NSR), thus bringing revenues to Russia via maritime trade activities. The Arctic is believed to hold vast natural resources, notably hydrocarbons; and Russia could benefit from their exploitation, especially because it enjoys a favourable geographic position and has a stronger presence than other countries.
Yet, the current situation makes it financially difficult for Russia to properly exploit these investment-demanding opportunities, and tensions with the US and its NATO allies are at the highest point since the Cold War. Russia is isolated and under pressure, and the ultimate outcome of the Ukraine War and its long-term consequences remain to be seen.
The Wagner Group: Intrigue, War, and Resource Extraction in Africa and Beyond 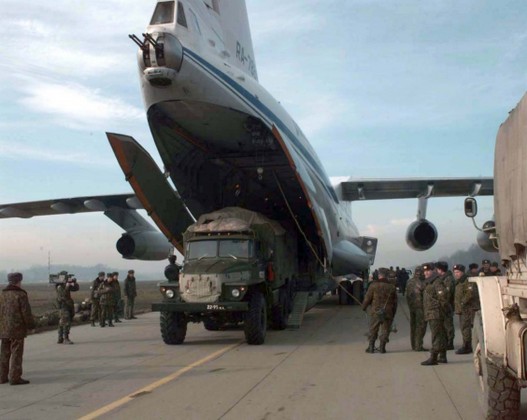 After describing the origins and the first operations of the Wagner Group in my previous article, I take a look at the Group's activities in Africa and Venezuela.
Then, on the basis of the recurring elements I identified, I present a list of countries where Wagner could get involved in the years ahead to protect the interests of both Russia and its ruling economic elite.
Full article here on Geopolitical Monitor (subscription required).
Photo credit: Russian IL-76T in Tuzla 9601191b.jpg, Senior Airman Ken Bergmann, publiushed under public domain.
The Wagner Group: Origins and Early Deployments 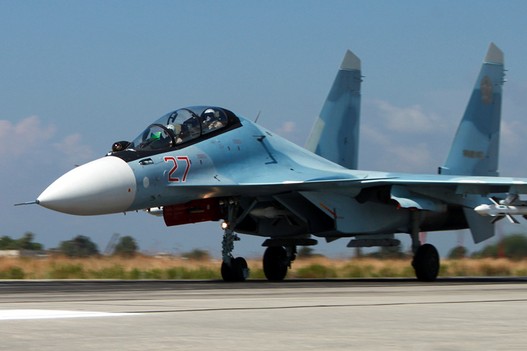 In the past few years, the Wagner Group has emerged as one of Russia's main tools for low-profile foreign interventions.
Often described as a mercenary enterprise - technically a private military company, or PMC - it is actually a conglomerate of firms operating in different sectors that are all linked to Yevgeny Prigozhin, a rich businessman with close ties to the Kremlin.
In the first of a two-part series published on Geopolitical Monitor, I describe the Group's origin and its first military operations in Ukraine and Syria.
Full article here (subscription required).
Photo credit: Russian military aircraft at Latakia, Syria (12).jpg, Russian Ministry of Defence, published under Creative Commons Attribution 4.0 International.
Russia's Geopolitical Vision 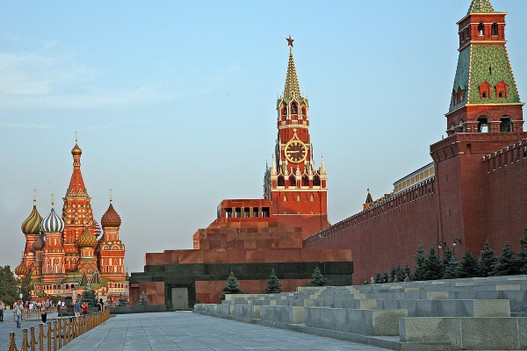 In spite of its problems, Russia remains a power of primary geopolitical importance. After the fall of the USSR, it is gradually recovering its influence on international affairs.
In doing so, it is following a geopolitical vision dating back to its past, which endured during the communist era and continues shaping Russia's foreign policy today.
This video by KJ Reports, based upon my analysis, explores this fascinating topic.
Photo credit: 00 0623 Red Square in Moscow.jpg, W. Bulach, published under Creative Commons Attribution-Share Alike 4.0 International.
The Hotspots in the NATO-Russia Confrontation 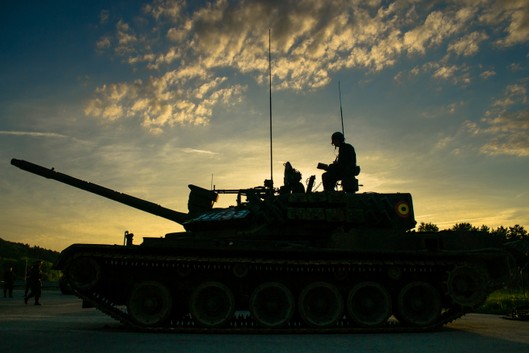 In a context of increasingly strained relations between Russia and NATO, post-Soviet countries in Eastern Europe and the Caucasus assume a particular geopolitical importance.
Squeezed between the two sides, these states must carefully choose their foreign policy in order to maintain good ties with both parties without leaning excessively towards either.
Otherwise, they risk becoming conflict zones; with detrimental consequences for their stability, territorial integrity and independence.
In this contribution to KJ Reports, I examin the main hotspots in the NATO-Russia confrontation.
Photo credit: Romanian forces at Combined Resolve II (14271814234).jpg, 7th Army Joint Multinational Training Command (Grafenwoehr, Germany), published under Creative Commons Attribution 2.0 Generic.
Is Another Russia-Georgia War Looming on the Horizon? 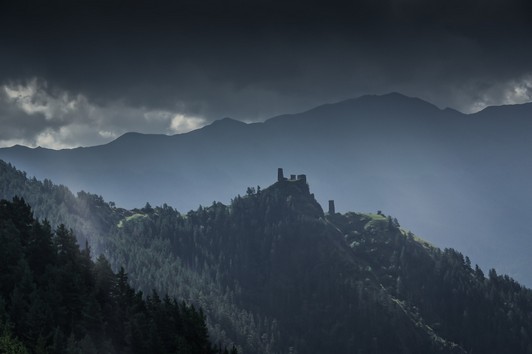 After the 2008 war, Russian-Georgian relations have been stable for over a decade.
However, the recent election of Salome Zurabishvili as President of Georgia threatens this delicate equilibrium. As a matter of fact, she advocates for the country to join the EU and NATO, and this may to push Russia to act preventively in defense of its interests similarly to what it did in the past.
Read my analysis on this topic on Geopolitical Monitor (subscription required).
Belarus After Lukashenko: The Next Ukraine? 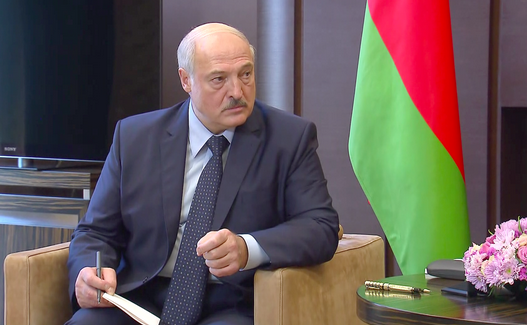 Belarus is a country that rarely attracts mediatic attention. Yet, things may change in the years ahead.
In power since 1994, President Lukashenko granted the country stability, albeit under an authoritarian government. But his rule will not last forever, and at that moment Belarus will be at a crossroad in terms of both domestic and foreign policy.
Considering Russia's geopolitical interests, if the post-Lukashenko transition is not managed carefully by both national and European decision-makers, there is the actual risk that Belarus may turn into another Ukraine; with detrimental consequences for regional stability.
If this interests you, read my analysis here (only for Geopolitical Monitor subscribers).
Photo credit: Alexander Lukashenko (2020-09-14).png, The Presidential Press and Information Office (kremlin.ru), published under Creative Commons Attribution 4.0 International.
The Geopolitics of the Black Sea - Article & Video 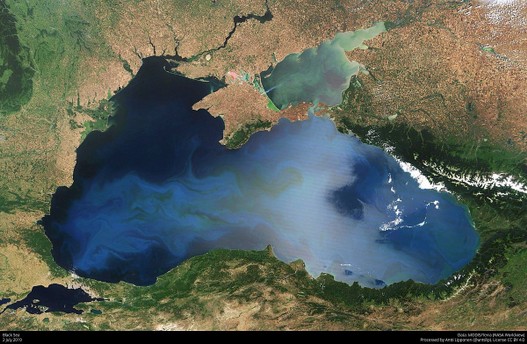 Since annexation of Crimea and the conflict in the Ukraine, the Black Sea has become one of the theatres of the ongoing NATO-Russia confrontation.
The US is increasing its military presence in Romania. Amid a complicated feud with Turkey due to its ambivalence, America is also seeking closer security ties with Greece to hedge against the risk of Turkey befriending Russia. In response, Moscow will likely attempt to destabilize NATO members in the Balkans.
Full article here (only for Geopolitical Monitor subscribers).
In addition, there is a video by KJ Vids on the same topic that is based on my analysis and on another article by Mr. Boris Toucas from the CSIS (Center for Strategic & International Studies). The video is also available in Russian.
Photo credit: Black Sea 2 July 2019 - 48182294992.jpg, anttilipponen, publishe dunder Creative Commons Attribution 2.0 Generic.
Sino-Russian Relations: Toward a Second Split? 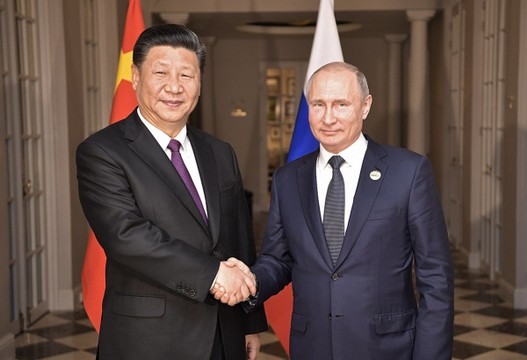 Good Sino-Russian relations are often given for granted. While it is true that they are cooperating out of common anti-US interests, there are various issues that threaten the long-term tenure of their strategic partnership.
It will probably take decades for them to produce their effects, but this may lead to a second Sino-Russian split akin to the one occurred in the 60s. And like then, this may give America a golden opportunity for a grand strategy move: to align itself with Russia to counter the main competitor (China), in a reverse scenario of what the Nixon administration did in 1971-72 (opening to the PRC to press the USSR).
Full article here (only for Geopolitical Monitor subscribers).
Photo credit: Vladimir Putin and Xi Jinping, 26 july 2018 (1).jpg, Пресс-служба Президента Российской Федерации (kremlin.ru), published under Creative Commons Attribution 4.0 International.
Back to content