×
Go to content
Turkey is an important player in today's international scene, especially at the regional level. Its population amounts to more than 80 million citizens. Its economy has been expanding over the past decade; in spite of the persistence of several problems and a recent inflexion. The military is large, even though it retains older equipment and is living through a modernization phase.
But what makes Turkey so important is its unique geopolitical position. The country is a 'bridge' between Europe, the Middle East and the Caucasus, beyond which lays Russia. This allows Turkey to project its powers in many directions and makes of it a precious ally for power having interests in the area. This is why the United States has been attentive in keeping Turkey on its side. As a matter of fact, the country has been part of NATO sine 1952 and is one of its most important members due to the size of its armed forces, its control of the Bosporus and Dardanelles Straits connecting the Mediterranean with the Black Sea and its proximity to Russia. However, in recent years Turkey has actively pursued its own agenda, even when this went against the interest of its allies.
The main concern for NATO is Turkey's increasing cooperation with Russia. This is motivated by various factors: the common need to manage the Syrian war (even though Moscow supports al-Assad whereas Ankara opposes it); Turkey's role as a crossroad for Russian pipelines; and Ankara's desire to diversify its foreign partners. The rapprochement has culminated with the purchase by Turkey of the advanced Russian-made S-400 air defence system. This has angered NATO and has prompted the US to expel Turkey from the F-35 programme.
Then, there are also Turkey's complex relations with Greece. The two countries joined NATO together, but this did not erase their long history of conflict. Several unsettled disputes exist between Athens and Ankara in the Aegean, and the latter's military frequently violates the Greek airspace and territorial waters. Then, there is the Cyprus issue. The island's inhabitants are mainly Greek speakers, but there is a considerable Turkish minority concentrated in the north; an area that Turkey invaded in 1974 during a brief but bloody war in response of a Greece-backed coup to change the government in Nicosia and still occupies the area; where it has established a state (which is not internationally recognized) known as Turkish Republic of Northern Cyprus. The matter remains unresolved, and the recent discovery of gas deposits in the sea around the island has further complicated the problem. Ankara, claiming to act on behalf of the Turkish community, is drilling in waters that are widely considered to be part of the Exclusive Economic Zone of the Republic of Cyprus and has dispatched its military to assert its rights in the area; something that has increased tension in the Eastern Mediterranean.
In Syria, Ankara opposes the al-Assad regime like its Western partners, but its participation to the conflict has been mainly motivated by the desire to prevent the formation of any form of Kurdish autonomous (or worse, independent) entity along its borders. As a matter of fact, Turkey hosts a large Kurdish minority concentrated in its eastern areas who has carried on a decade-long armed struggle to achieve more autonomy under the guidance of the PKK; and the issue remains unresolved. Ankara regards the Syrian Kurds as too close to the PKK and is therefore hostile to them; even though they have proven to be one of the most effective on-the-ground American allies in the fight against the terrorists of the self-proclaimed Islamic State. In regards to the latter, Turkey has kept an ambiguous stance, and was even accused of buying oil from the jihadi group. Turkey also has a central role in managing the refugee flow from Syria, which pushed the EU had to conclude a deal on the matter.
Another problem comes from the worsening relations between Turkey and the main US allies in the Middle East; namely Saudi Arabia, Israel and Egypt. This occurred because of various factors. When the Saudi Kingdom together with Egypt, the United Arab Emirates and Bahrain initiated an economic and diplomatic blockade on Qatar due to its ties with Iran and its alleged support for Islamist movements (including jihadi terrorism), Turkey sided with Qatar and even dispatched its military in support of the small Gulf state. Turkey's cooperation with Iran over the Syrian war and other matters has also raised concern in Washington, Riyadh and Tel Aviv. The killing in Istanbul of Saudi journalist Jamal Khashoggi, a critic of the Kingdom's rulers, sparked another diplomatic crisis between Ankara and Riyadh. Again, in the Libyan civil war Turkey supports the UN-backed Government of National Accord and has sent troops and military hardware to it, whereas Egypt and the UAE side with the House of the Representatives.
Turkey is also a longstanding candidate for EU membership, but the procedure is now at a standstill. As a matter of fact, Ankara's relations with its Western partners have recently deteriorated over a series of issues. Turkey, which constitutionally is a secular Republic, has shifted to a more authoritarian and Islamist governance under President Recep Tayyip Erdoğan. The worsening situation in terms of rule of law, democracy and human rights has turned into a major obstacle to Turkey's accession to the EU.
Until now Ankara has been skilled in exploiting to its geographic position - and consequently the interests of major powers in having its cooperation - to its own advantage. But this kind of policy is hard to maintain in a moment of renewed international competition and shifting alignments. At the same time, Turkey seems split between a secular, liberal identity and a religious, conservative one. Turkey is at the crossroads, and it must carefully choose which path to take in the decades ahead.
Turkey’s Assertiveness in and around Cyprus: South China Sea Redux? 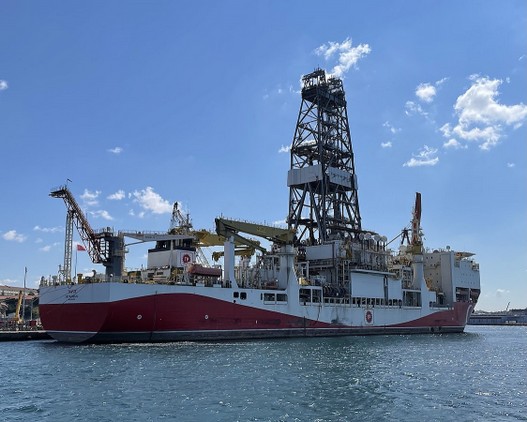 Amid growing interest over the oil & gas resources of the Eastern Mediterranean, tension is rising once again around Cyprus.
Ankara, claiming to act on behalf and in defense of the island's Turkish population, is performing explorations in waters that the international community considers to be part of the Exclusive Economic Zone of the Republic of Cyprus and has dispatched its military in the area to cover these drilling operations.
The EU reacted by imposing sanctions on Turkey, who vehemently condemned the decision. Several regional powers have started cooperating more closely to counter Turkey's assertiveness.
This marks the continuation of a trend that I described in a previous article (link here): the situation presents multiple similarities with the South China Sea, raising the risks for stability in a strategic area.
Read the article on Geopolitical Monitor (subscription required).
Photo credit: Yavuz (sondaj gemisi).jpg, Vikipolimer, published under Creative Commons Attribution-Share Alike 4.0 International.
Turkey and the S-400 Affair 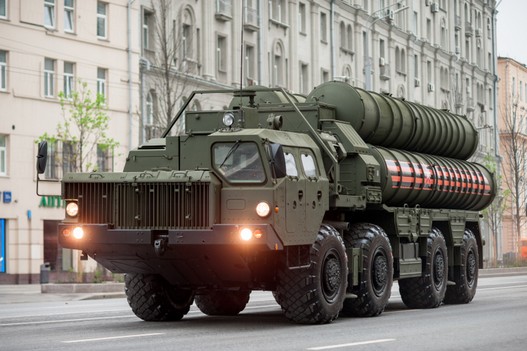 Turkey has recently received the advanced S-400 air-defense missile system from Russia. This decision has angered NATO and prompted the United States to exclude the country from the F-35 Lightining II stealth fighter programme, meaning that Ankara has lost the 100 planes it had ordered.
But the whole issue must be interpreted in a broader geopolitical context. The episode is only the latest rift in a trend of deteriorating relations between Turkey and its NATO allies. Given the country's strategic position as a bridge between Europe and the Middle East, this poses several challenges to NATO's strategy on its south-eastern flank.
Read more in my article on Geopolitical Monitor (subscription required).
Photo credit: S-400 Triumf, Dmitriy Fomin, published under Creative Commons Attribution 2.0 Generic (CC BY 2.0).
Back to content