×
Go to content
Sub-Saharan Africa is a complex macro-region plagued by poverty and armed conflict.
While the north of the continent is culturally and politically related to the Middle East, the part of Africa south of the Sahara Desert followed a different historical path. Once home of vast and powerful empires, it ended up being almost completely dominated by European colonial powers during the 18th century.
Today, Sub-Saharan Africa is home of many fragile states that emerged in the wake of the decolonization process, of which they still bear the socio-political signs.
These are weak states with limited control over their territory. Infrastructures are insufficient, Inequality is marked, and large swathes of the population live in poverty with no access to basic needs. African societies are usually fragmented in various tribes and ethnic groups. Violent conflict is common, and armed groups like rebels, terrorists and criminal organizations proliferate all over the continent; making of it a hub of illicit traffics of weapons, drugs and even human beings.
Still, the Black Continent is rich in natural resources; but excessive reliance on them often leaves states exposed to floating commodity prices. Also, their exploitation is frequently controlled by powerful warlords or by non-African firms. Many consider that Sub-Saharan Africa is victim of economic neo-colonialism as foreign states control key extractive industries. This is a debated issue, but many external powers are indeed interested in Africa’s resources. China is greatly expanding its economic presence in the continent. Local governments welcome the PRC’s initiatives as they come with no prerequisites in terms of respect of civil, political and human rights; but there are concerns about the economic and political leverage that China may obtain. India and Brazil are also increasing their economic activities in Sub-Saharan Africa. Western powers, on their part have a longstanding presence there.
In spite of all these difficulties the economic situation and living conditions are improving, at least in certain areas. Yet, progress had its drawbacks: rapid urbanization resulted in overcrowded metropolis surrounded by slums and affected by chronic pollution. But the greatest challenge that Sub-Saharan Africa will have to face is probably global warming. Its consequences will be profound: as larger areas of the continent become practically inhabitable, people will move to the cities or abroad; thus worsening the problem of uncontrolled urbanization and the immigration crisis affecting Europe.
Among local states, some can be considered as regional power hubs while others are in chaos.
South Africa is the most prominent power, but its domestic socio-political troubles are undermining its efforts to become Africa's main geopolitical player. Ethiopia also has its ambitions, but is affected by severe ethnic divides, poverty and is threatened by climate change. Chad is a crossroad on the Sahara with a relatively powerful military and an important partner for European countries in the struggle against terrorism and illicit traffics in the Sahel.
Somalia is the archetype of the failed state: economically poor, with powerless central authorities and dominated by armed groups. Mali and the Central African Republic are in similar conditions; and Cameroon is at risk.
Then, there are some states that share both characteristics. Nigeria is a country with huge oil reserves, but it is undermined by social unrest and by armed militants, notably the Islamist group Boko Haram. Similar conditions exist in Sudan, South Sudan and the Democratic Republic of Congo.
Most of these states are located on what I defined as Africa’s 'Conflict Belt'; a band of instability crossing the continent along an East-West axis. Without a systematic action to tackle its problems (also with the aid of foreign powers), it will remain trapped in war with deleterious consequences for the rest of Africa and Europe.
As such, the importance of Sub-Saharan Africa comes not much from the activity of its own states, but from the (economic) interests that foreign powers have there and from the repercussion that the poor humanitarian and security situation will have locally and on other regions, notably Europe.
Tigray Conflict Risks Civil War in Ethiopia

Violent clashes have been reported in Ethiopia’s northern Tigray region since early November. According to the central government led by Prime Minister Abiy Ahmed, the violence broke out when forces affiliated to the Tigray People’s Liberation Front (TPLF) attacked a military base, thus prompting the executive to launch a military operation in the region. Fighting has been raging since then, raising fears that Ethiopia – a country with pronounced and longstanding sectarian cleavages – may plunge into civil war.
Far from being a purely local problem, the destabilization of Ethiopia would have serious consequences on the Horn of Africa and beyond, especially if a state of prolonged conflict and economic downturn results in a new surge of Europe-bound migrants.
Read more in my latest publication on Geopolitical Monitor (subscription required).
Photo credit: Flickr, AMISOM, Mohamud Hassan
Geopolitics of Ethiopia 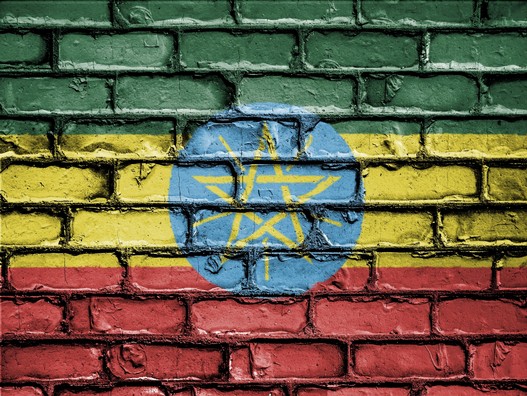 Ethiopia is a large country located in the Horn of Africa and is one of the continent's emerging economies.
While it surely holds a considerable potential, it must also cope with several challenges: inter-ethnic tensions, economic inequality, and the effects of climate change.
Unless they are carefully managed, these problems may hinder Ethiopia's rise, frustrate its geopolitical ambitions and even plunge the country into war.
Learn more by watching my contribution to KJ Reports.
Why is Somalia a Failed State? 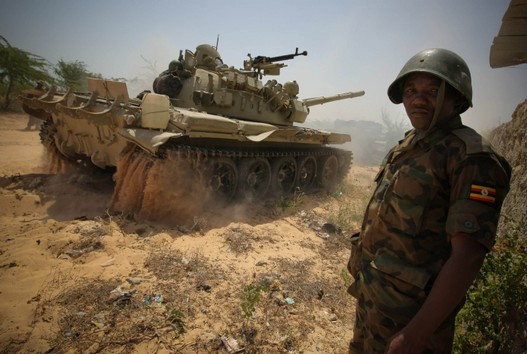 Somalia is considered the archetypal example of failed state.
Socially and politically fragmented, with a shattered economy and torn between various armed groups, it exists as a unitary state only in juridical fiction.
But why is Somalia in such derailed conditions, and what are the broader geopolitical consequences?
To know the answer, check this video by KJ Reports based on my research.
Photo credit: Ugandan soldier serving for the African Union mission in Somalia (AMISOM). Flickr, AMISOM Public Information, Stuart Price.
Cameroon: The Next Flashpoint in Africa’s “Conflict Belt”

The situation in Cameroon is gradually degenerating.
The country is facing growing domestic troubles. The conflict between the French and English speakers is becoming more and more intense; raising fears of an upcoming civil war. But Cameroon's society is also fragmented along deeper ethno-linguistic, religious and economic lines; thus further destabilizing the country.
Moreover, the conflicts in Cameroon could become intertwined with those affecting neighbouring Nigeria (notably the Boko Haram Islamist insurgency, the Fulani issue and the rebellion of the Niger Delta Avengers); with deleterious effect for regional stability.
Ultimately, Cameroon could become another component of the 'Conflict Belt' that stretches across Africa from Somalia to Mali; which (along with other factors) hampers the development of the continent, fuels illicit traffics and drives the migration flow towards Europe.
Full article here (only for Geopolitical Monitor subscribers).
Ethiopia’s Geopolitical Ambitions Could Bring about Its Downfall 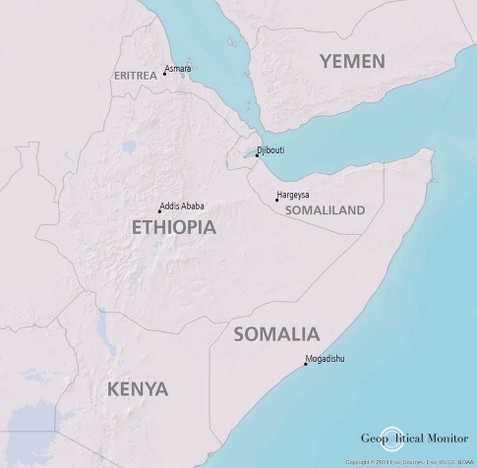 Recently, there have been two notable developments in Ethiopia's foreign policy.
The first is the declaration that it would comply with a 2002 ruling on the disputed territories it occupied during the war with Eritrea.
The second is a statement by Prime Minister Abiy Ahmed that Ethiopia aims at building a Navy and become a naval power, in spite of being a landlocked state.
These two initiatives are linked, and reveal Ethiopia's broader aspiration to gain access to the sea and consolidate its position as the main power in the Horn of Africa.
But as I wrote in a previous article, Ethiopia has to face huge socio-economic and environmental challenges which threaten its very existence in the long term. Consequently, pursuing such ambitious projects may accelerate Ethiopia's downfall, rather than marking its rise as a major power.
Full article here (only for Geopolitical Monitor subscribers).
Ethiopia: A Geopolitical Time Bomb in the Making

Ethiopia is a vast and populated country with opportunities as well as challenges to face. But a combinaton of factors hamper its perspectives of future development. In particular, the interaction between ethnic divisions, economic inequalities and climate change make of it a 'geopolitical time bomb' preparing to explode.
If this happened, the whole country would plunge into instability, civil war and maybe even genocide; with detrimental consequences for the population, for the region and even beyond; as a new large mass of refugees would flow towards Europe, thus reopening the immigration crisis the continent has been facing.
Full article here (only for Geopolitical Monitor subscribers).
Photo copyright: Jonathan Alpeyrie, modified, Wikicommons.
Back to content