×
Go to content
In spite of many problems, Japan remains a major player in the Asia-Pacific and at the international level.
In economi cterms, Japan is one of the most developed countries in the world. Its GDP ranks fourth in terms of Purchasing Power Parity; and many Japanese multinationals are frontrunners of technological innovation. Its prosperity allows it to promote its foreign policy goals via economic aid in the form of Official Development Assistance (ODA). Still, growth has been slow in the recent decades; and it remains limited.
Politically, Japan is a democracy founded on a pacifist Constitution that (in the current interpretation) does not allow it to possess proper armed forces and that permits it to exert collctive self-defense only under limited and specific conditions. The Constitutional reinterpretation approved by Abe's government in 2014 has been the cause of protests and has angered Japan's neighbors (notably China), who fear a revival of Japanese militarism and expansionism. Strong legal restrains persit and the population is largely opposed to similar changes; yet, there is a nationalist minority who advocates for a more assertive defence policy.
By now, the military (the Japanese Self-Defense Forces, JSDF) has stricter roles than other armed forces. Nevertheless, it is among the most advanced in the world, especially in its naval branch; and it benefits from one of the world's largest budgets in absolute terms. The JSDF are also in the middle of an important modernization effort to make it able to meet the new security challenges that Japan must face.
North Korea's nuclear program is considered a threat to Japan; but the most imprtant issue is the rise of China. There are several history-based controversies dividing the two countries, plus a dispute over the Senkaku / Diaoyu islands (currently under Tokyo's control). Moreover, the Sino-Japanese rivalry is aggravated by the fact that Japan and the United States are bound by a defense treaty that obliges Washington to protect is ally. Japan benefits from America's protection (including in nuclear terms) and hosts significant US forces on its territory, but this concerns the Chinese.
Finally, Japan has many problems to solve. Its population is ageing and declining. Economic recovery is sluggish and the national debt is huge. The country is heavily dependent on energy imports arriving by sea, meaning that ensuring the safety of the sea lines of communication (SLOC) is of paramount importance; also to grant the free flow of trade. Its security environment is uncertain and the risk of being involved in a conflict is real. But in the past Japan showed a very good adaptation capabilities, and it is possible it will find a way to solve its challenges.
Why is Japan's Army Expanding? 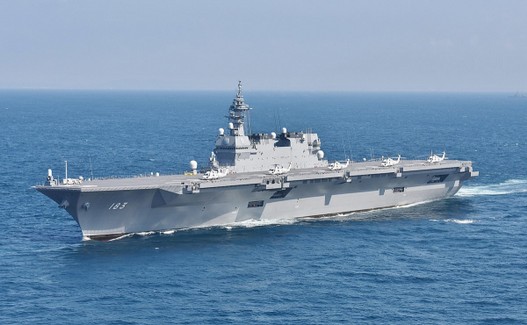 The gradual but firm shift in Japan’s defense posture is among the most notable developments characterizing the Asia-Pacific’s international dynamics in the past few years.
Its efforts to increase its military power, accompanied by attempts to change the Constitution to expand the means and the duties of its military forces are to be interpreted in a broader context of growing security challenges.
But what exactly are the drivers behind Japan’s re-arm?
To know more, check out the video that KJ Reports has made on the basis of my analysis.
Photo credit: DDH-183 (cropped).jpg, Kaijō Jieitai (海上自衛隊 / Japan Maritime Self-Defense Force), published under the Government of Japan Standard Terms of Use (Ver.2.0).
Japan’s Rare Earth Mineral Discovery Could be a Geopolitical Game Changer 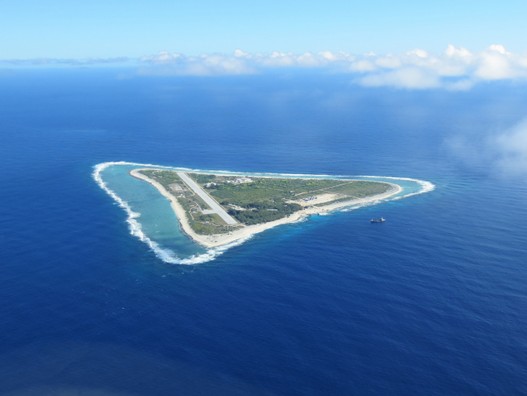 In April 2018, a study was published online announcing the discovery of "semi-infinite" rare earth deposits in the seabed around Minamitorishima, a tiny Japanese atoll. In spite of the technical difficulties, there is optimism over the possibility of exploiting such reserves. If it were actually the case, this could be a game-changer in the geo-economic order of the Asia-Pacific, with major spillovers in strategic and diplomatic terms. It would allow Japan to greatly reduce its dependence on Chinese rare earths, to attract potential partners and boost its economic and political stance; but the PRC is not going to stand still.
Full article here (only for Geopolitical Monitor subscribers).
Photo credit: Minamitorishima GAW Global station, World Meteorological Organization, published under Creative Commons Attribution-NonCommercial-NoDerivs 2.0 Generic (CC BY-NC-ND 2.0).
Back to content